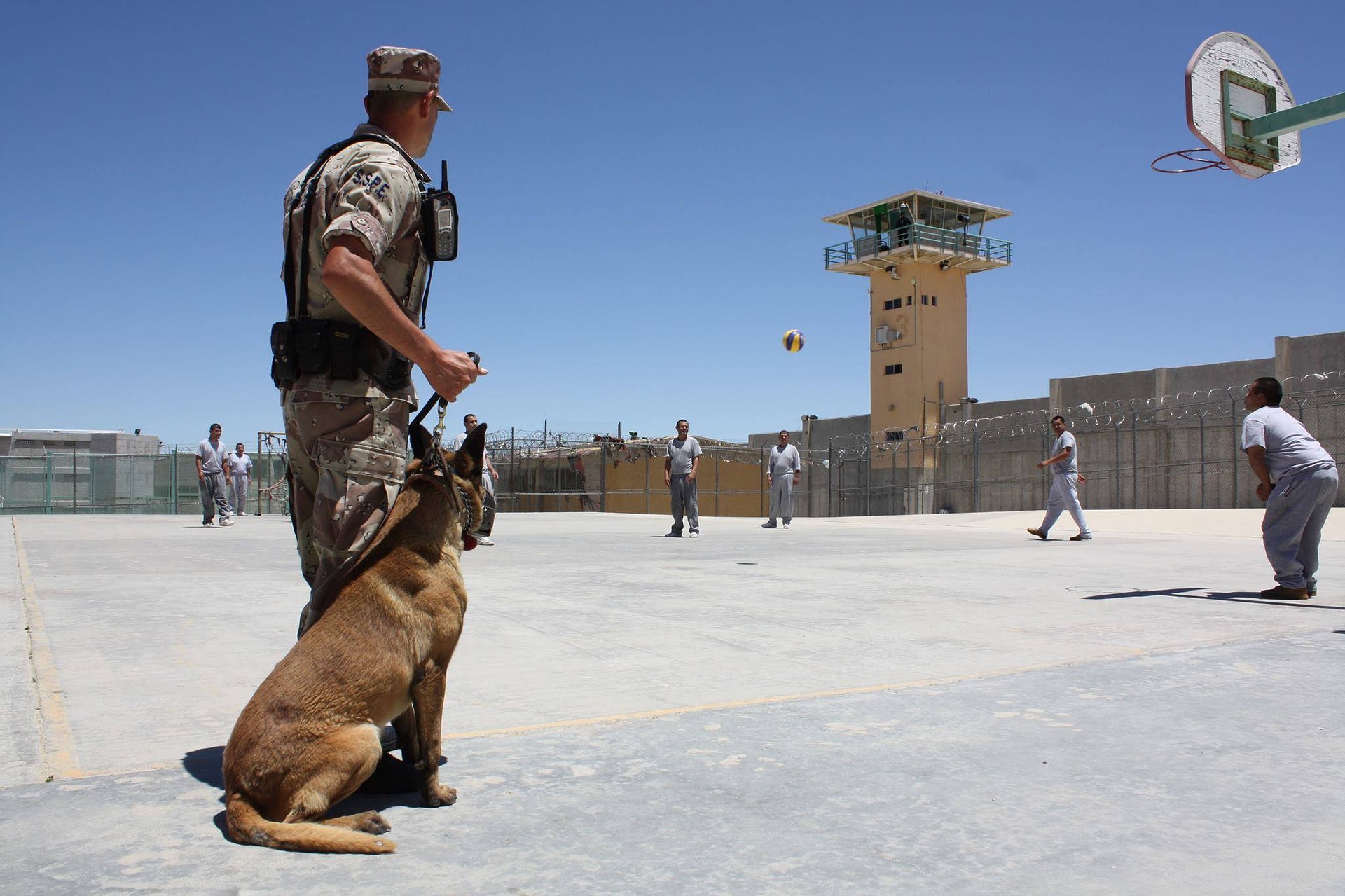 CCTV surveillance systems are synonymous with correctional facilities and prisons. CCTV cameras help to capture and document all incidents that involve, drug use, inmate violence, and possible misconduct by officers. Those are but a few examples of unfortunate actions which may take place within prison walls. CCTV surveillance camera enhancements are allowing correctional facilities to upgrade older CCTV systems to provide more extensive monitoring and strengthened level of protection for guards, staff and inmates.

Inmate Monitoring – CCTV surveillance helps guards to pinpoint suspicious inmate activities and helps to prevent possible prison incidents from getting out of control.

Visual Evidence – New HD digital surveillance footage can be archived for long periods of time. Digital video footage has proven to be a valuable resource when investigating prison incidents.

Maintaining Order – Prisons can break out into large fights or gang wars in an instant.CCTV cameras help to monitor areas with large prisoner groups when they convene. Prison yards, recreational areas, and dining rooms can be tightly monitored by surveillance from multiple CCTV security cameras.

Assault Reduction – Due to the nature of the correctional facilities and prisons are in the constant state of high tension and violence and fights are inevitable. CCTV cameras help to deter these events while also helping to analyze these incidents of criminal violence.

Drug Smuggling Prevention – CCTV surveillance systems play a key role in preventing visitors as well as inmates from attempting to smuggle drugs into the facility.

Monitor Behavior – There are times when correctional officers and guards can get out of line with inmates and these incidents are caught on camera. This video footage can be used to investigate these incidents and can prevent possible future misconduct.

Transporting – Escorting prisoners through cellblocks and hallways is dangerous and CCTV security cameras can provide higher levels of security and safety while inmates are escorted throughout the facility.

Remote Monitoring – Prison video feeds can be monitored anywhere there is an internet connection. Authorized personnel can view multiple video camera feeds from a Mac, PC, Tablet, or Smartphone, rather than having to be in one room monitoring all the cameras at once.

Tampering – Inmates have a long time to think about and carry out any mischievous plot they have in mind. Inmates often attempt to damage and tampering with prison security equipment. Many correctional facilities already use vandal proof cameras to help curb this issue, but there is always the possibility that a CCTV camera will be vandalized or damaged and lose its video signal. This is why its imperative to have a backup security plan.

Reliance on Cameras – CCTV surveillance cameras installed in correctional facilities and prisons should not solely rely on surveillance equipment. Though effective, and undoubtedly necessary, security cameras help to maintain order within a prison environment but they are simply one part of the overall security effort. Guards, officers, and staff along with security alarms, access control, and other safety measures should supplement CCTV camera systems.

There are many challenges when installing CCTV cameras in prisons and correctional facilities. With multiple buildings, cell blocks, hundreds of rooms, and a vast amount of outdoor and indoor areas to cover it can be hard to achieve constant surveillance. We suggest you consider the following before deploying a prison or correctional facility CCTV system: