Security system video is usually transported over coaxial wire such as RG-59 or Siamese cable along with the other alternative of CCTV Video Transmission over baluns . Typically video may be transported over almost any pair of wires . This is often especially useful for those who have existent not used network or phone cabling positioned in the locations you need video surveillance . A number of installations are accomplished utilizing merely twisted pair wire just like CAT5 to offer the possibility for future upgrades to IP style cameras in the foreseeable future . Baluns enable you to utilize CAT5 UTP cabling or maybe another pair of wires to broadcast your security surveillance video . Baluns can be found in single pair , which is able to accommodate 1 video camera , or in 8 or 16 channel models which could support numerous cameras . Baluns can also be found in Active or Passive designs . Passive Baluns are unpowered and basically transform from a BNC form connection to twisted pair cable . The distance possible using these Baluns is around 750 feet utilizing CAT5 cable . Active Baluns are power-driven and produce increased transmission that allows you to broadcast as much as 5000 feet over CAT5 . 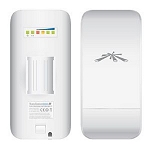 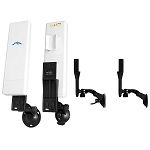