Megapixall Video Motion Detection is a free video analytic feature that is included on most Signature IP camera and Network Video Recorders. Motion detection adds intelligence to your video security system by sending push alerts, emails or pop up video when it detects motion from moving objects, such as vehicles and people, within predefined areas. Megapixall motion detection also reduces hard drive storage and bandwidth as our cameras only record when there is movement.

Megapixall Signature Motion Detection works in various lighting conditions and works together with other technologies like Starlight, no matter if your camera is installed indoors or outdoors. Motion detection is especially suited for low-traffic areas such as hallways, parking lots, office corridors,  and unattended retail areas, as well as for after-hours surveillance.

Megapixall motion detection gets triggered when an object moves, including cars and people, in predefined areas that you determine. You have the option set up various detection zones or areas and trigger alerts or alarms when movement is detected in those predefined “included” areas.

Megapixall motion detection allows for multiple profiles for creating multiple motion configurations; as an example, you can configure one for daytime and another for nighttime, or configure one camera with multiple detection areas. You trigger each profile independently as each has its own settings.

Megapixall motion detection helps to reduce false alarms by allowing you to set sensitivity levels and analyzing and disregarding typical background noise and motion. You also have the option of ignoring certain object motion such as moving branches, headlights, and small animals. 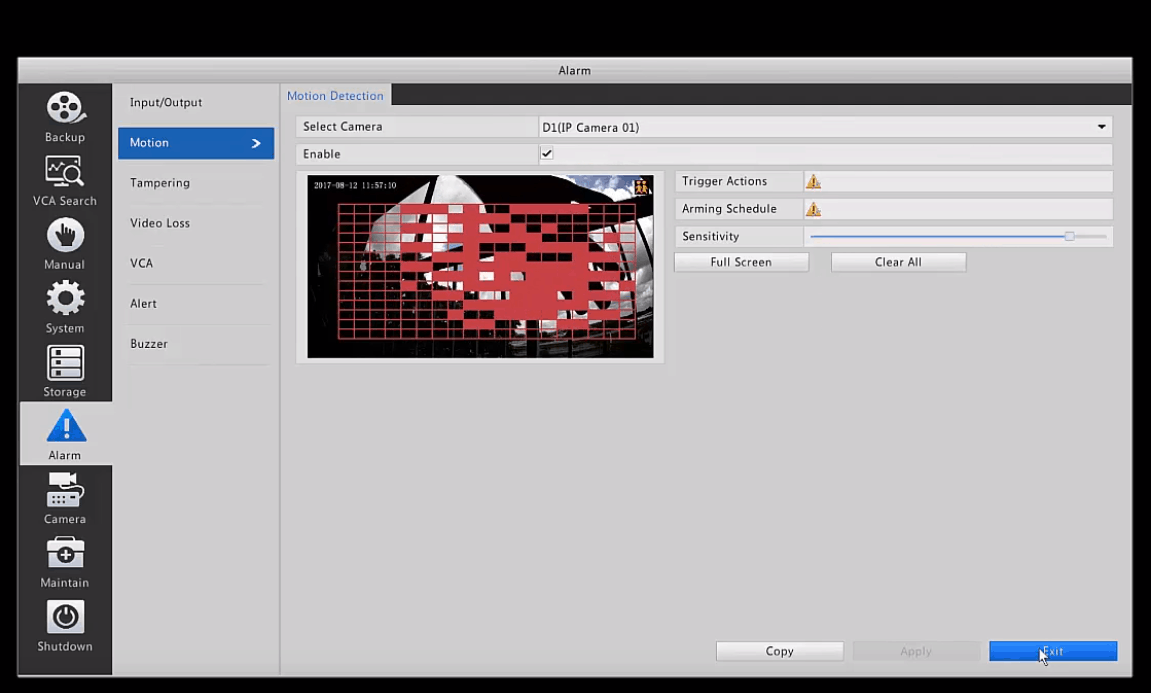